#1
This gun was shipped from Colt to United States Post Office Rail Mail Service. Clerks working the mail on trains were armed because of the frequent attempted robberies.
The clerks were issued a box containing a gun, belt, holster, box of cartridges and a badge. The clerks were authorized to carry the guns while on the train. The box was carried to the station, the clerk put on the belt and holster, pined on the badge and loaded the gun, At the end of the trip this was reversed. The P.O. bought about 15,000 of the Colt Bankers Specials before WW 2. Most were melted down, a few escaped this fate. 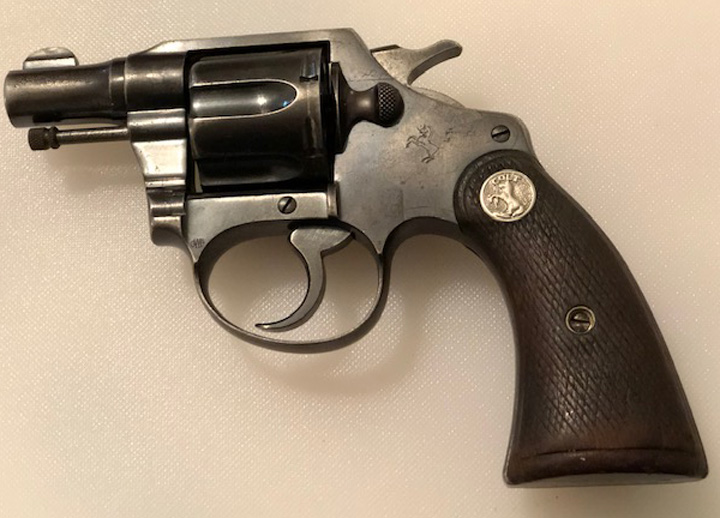 Forum Supporter
2020 Supporter
Commercial Sponsor
#2
I was so disappointed this wasn't a WTS thread....

#3
This is factory letter from Colt Archives 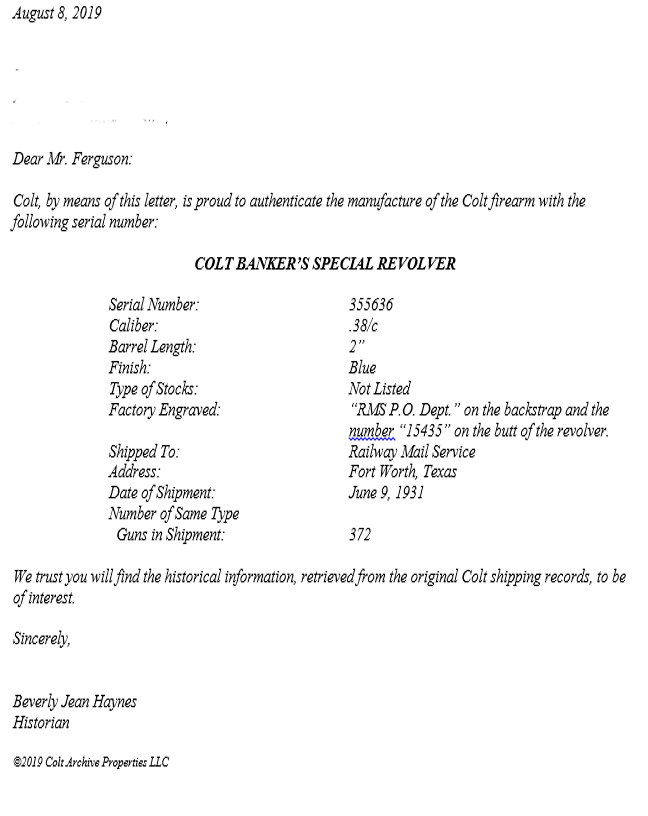 Forum Supporter
2019 Supporter
2020 Supporter
#5
Glad I found your post. Very interesting piece of history there. Thanks.

I aim to misbehave...