#64
This will be a S&W Model 10 if I can ever find a cheap donor to build it on, Rib is a Bo-Mar, 1" bull barrel I believe is a Shilen [ I bought it years ago] The under lug was just a piece I made one day on the waterjet machine I used to run, its not right I just drew it up for the shape, I will make a correct one when the time comes and make it out of CRS 1/2" thick.

#65
J&G have round butt barreless model 10 frames for sale.

#66
RFSALES said:
J&G have round butt barreless model 10 frames for sale.
Click to expand...
Thanks for posting this, I called them and they say they have about 400 in stock.
I have not dealt with a gun shop in years, who would be a good one to receive one if I order it? I live in Sandy Valley so somebody close to St Rose and the I 15 would be nice.

#68
Earthquake said:
Thanks for posting this, I called them and they say they have about 400 in stock.
I have not dealt with a gun shop in years, who would be a good one to receive one if I order it? I live in Sandy Valley so somebody close to St Rose and the I 15 would be nice.

eQ
Click to expand...
Maybe Lock N’ Load? Not too far away

#69
I received my SP 101 today from the serial number looks like shipped in 2000.
The gun came with a type of security holster and is equipped with Trausch grips. There was a lanyard fixture that is attached through a slot in the butt and held in place by a large roil pin.
the hole in the grips look like it was done with a Dremel tool, just routed out a hole.
The gun is clean needs to be treated with Mothers and elbow grease, the trigger pull is smooth and not to heavy. This is my first experience with SP101 and wondering of the round hole in the frame is standard or if Ruger cast the frame especially for the French. 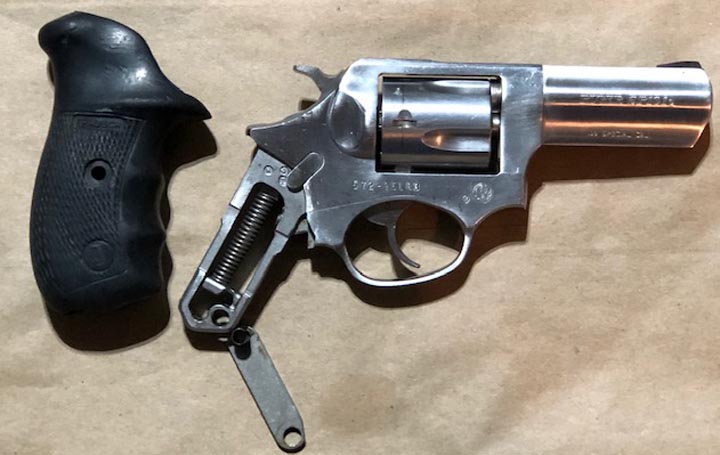 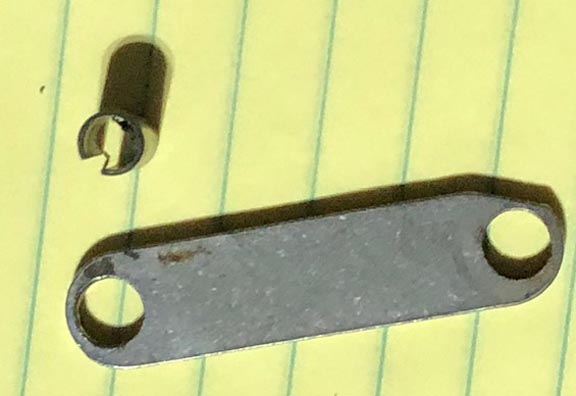 Forum Supporter
2019 Supporter
2020 Supporter
2021 Supporter
#71
I'm too lazy to pull the grips off either of my SP101s (one in 9MM and one in .357) but a quick Web search turned up this Mcarbo video that shows the same hole in a good view of the frame at 5:36. I bet the French just looked at the frame and figured out how to add a lanyard loop.

Forum Supporter
#73
DeanD said:
I love revolvers, have owned about everything over the years in .357 and .44 mag; S&W, Colt, Ruger. My first was a 6" Ruger Security Six followed by a 6" 686 about 1982. Sold them all, the one that hurt the most to sell was my last one, a 4" stainless King Cobra Enhanced: counterbored barrel, larger cylinder release from an Anaconda, coke bottle rubber grip, drilled and tapped for a scope. I still have .357 ammo, need to buy a revolver.

Actually this was my first revolver, S&W .38 Special 1905 Fifth Model if my memory is still working, made about 1928 as I recall, bluing didn't last long in Vietnam, photo taken in the An Lao Valley sometime in the Summer of 1967. We had humped off the mountain range into the valley, rained all day, soaking wet which was the norm. I was 21 years old. 75 now. Photo was my jungle fatigue shirt on my back pack. We couldn't get 1911 pistols, most guys had a revolver shipped from home. Something comforting about that revolver, you always knew it would work under any conditions. Never figured out what the grips were, walnut, aftermarket I assume, longer than S&W grips, nice handful. Carried 50 rounds of GI ball wrapped in plastic in those first aid bandage pouches on my webgear. Click to expand...
Did you have any kind of holster for it?
When you left Vietnam did you leave it there?
Did you shoot it towards the enemy?

#75
Swapped over to some Hideout grips. Realllly liking this setup with the bobbed hammer and hard smooth grips.